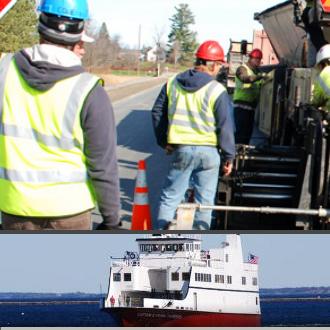 Governor Paul LePage understands that our roads and bridges are critical for Maine families in getting to work, making sure our kids travel safely to and from school and for our small businesses to transport their goods to and from market.

With a successful background in business he has prioritized efficiency and a thoughtful approach to Maine’s transportation challenges.

Under his leadership, the state added $104 million to improve our roads and bridges without borrowing.

That’s proof that having a business executive at the help and great appointees running our state government pays off.

He has worked to make sure we have the infrastructure necessary to attract quality companies and create new jobs in Maine.

In addition to doing more with less, the Governor LePage’s administration is also proud of these achievements:

Watch this public video from the official Maine DOT to see how the LePage Administration is Working for Maine.