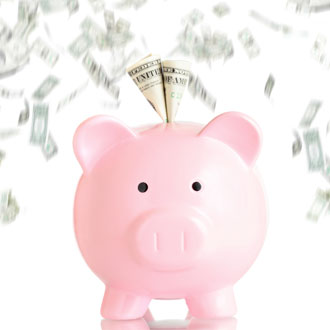 Paul LePage is a businessman who grew businesses by focusing on getting a dollar’s value for every dollar spent.

As our Governor, he has successfully helped make government more efficient.  He has proven actions speak louder than words.

Shortly after taking office he solved a $1.3 billion operating budget shortfall – a hole left in Maine’s budget – with a plan that eliminated gimmicks and prioritized savings.

With strategic appointments Paul cracked down on fraud in state agencies – which led to the Director of the Turnpike Authority ending up in jail.

As a result of his new focus on the bottom line in the Department of Transportation alone they were able to complete more than $100 million of improvements to our roads and bridges without borrowing any additional money.

To help improve the economy and put more money in the pockets of Maine people, Governor LePage created and implemented the largest tax cut in Maine state history.  His tax cut not only has helped create jobs, it cut taxes both up and down the scale giving a hand up to Maine’s working people.  70,000 working Maine people at the lowest ends of the economic spectrum will have their income taxes eliminated starting in the 2013 tax year.   And, while liberal Legislators pushed through a sales tax increase the Governor opposed, his tax cut continues helping the economy and Maine people.

Protecting our senior citizens, Governor LePage stopped the taxes that were being charged on our senior citizen’s meals at nursing homes.  To help families and all Mainers, he ended the automatic yearly gasoline and fuel tax increase.

Paul LePage paid off a nearly $500 million hospital welfare debt left behind by the last Governor in full, with a creative plan that involved no tax increases on taxpayers.  Under his watch Maine’s hospitals, which had layoffs and delayed equipment purchases, are no longer carrying the state’s debt.  And, Governor LePage helped lower Maine’s overall taxpayer debt burden by refusing to issue or pursue new debt until old debt was retired.

While politicians in Washington, DC continue to blow a hole in the nation’s budget and run up massive amounts of debt, now over $17 trillion, Governor LePage is proving that with tough negotiating skills and putting taxpayers first, we can improve Maine.

Other highlights of Governor LePage’s successful fiscal policies include:

Gov. Paul LePage says he wants to completely eliminate Maine’s income tax.  (He said) if re-elected he would make eliminating the state income tax a goal.